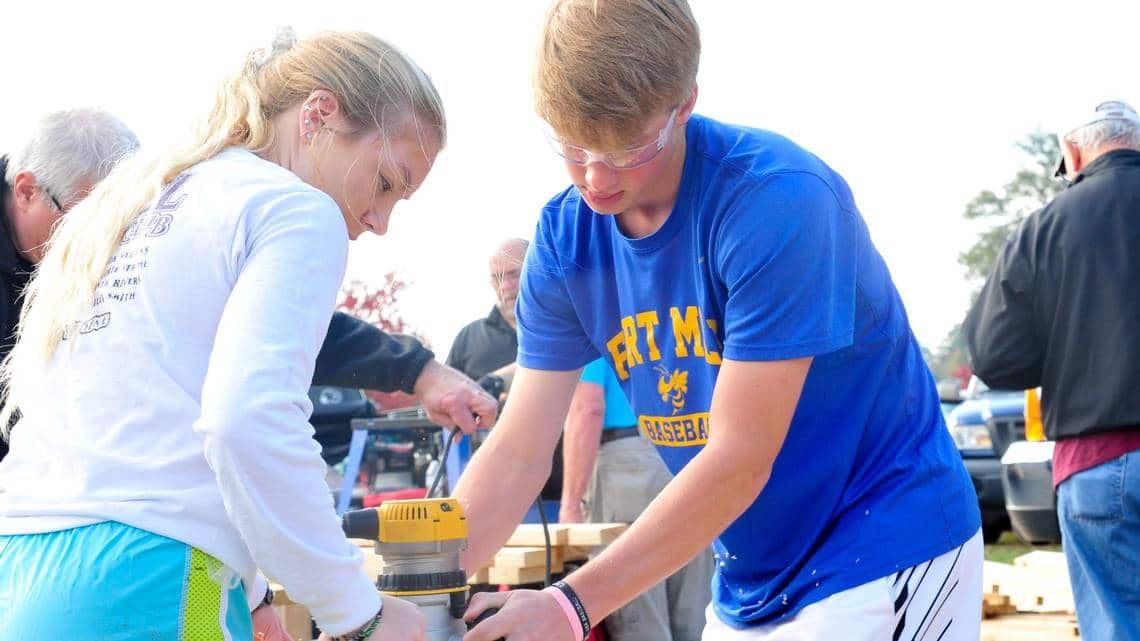 What neighborhoods should go where? It’s time for new high school lines in Fort Mill.

It’s a decision that will impact thousands of Fort Mill school district families at the moment it’s made, and an untold many in the years to come.

So the district wants to talk about it.

A public meeting is set for 7 p.m. Oct. 1 at Nation Ford High School to discuss new high school attendance lines. New lines are needed ahead of the 2019-’20 opening of Catawba Ridge High School. A final decision on lines for all three district high schools, including Fort Mill High School, should be finalized in early November.

There was discussion on social media earlier this week that the final decision would come Nov. 6. Several school leaders, including current and candidate school board members, posted they expected the decision that night. While plans could change before then, the school district confirmed that date as the target.

“The final vote date for the Catawba Ridge attendance Lines was officially set for the board meeting scheduled on Nov. 6,” said Joe Burke, district spokesperson.

The school board regularly meets the first Tuesday of each month, which in November would be Nov. 6. That date is election day and students are off from school.

If the vote were to get pushed back, there would be at least a couple of different votes cast. At least two board members will be different by then.

As of mid-day Thursday, just the second day of candidate filing that runs through noon Aug. 15, the official list of candidates included Terrin Boddie, Andrew Markners, Celia McCarter and Brian Murphy in addition to Bouldin and Branning.

According to school board bylaws, newly elected board members take their seats at the board meeting following the certification of election results. Those results typically become final within the few days following the election.

The Oct. 1 public meeting will provide feedback for the board in making its final decision. The district traditionally redraws school lines just to prepare for the opening of new schools, and as close to those openings as is feasible to have the best demographic data to make the decision. The board doesn’t create new high school lines, for instance, just because a middle or elementary school opens.

A $190 million bond referendum earlier this year included money for a middle school and two new elementary schools. But the public meeting in October is specific to high school lines.

“We are only doing high school lines at this time,” Burke said. “The elementary and middle lines will come closer to the completion of those schools.”

Fort Mill hasn’t had much experience redrawing high school lines. In the desegregation era, the town only had one high school — though at various locations — until Nation Ford opened in 2007.